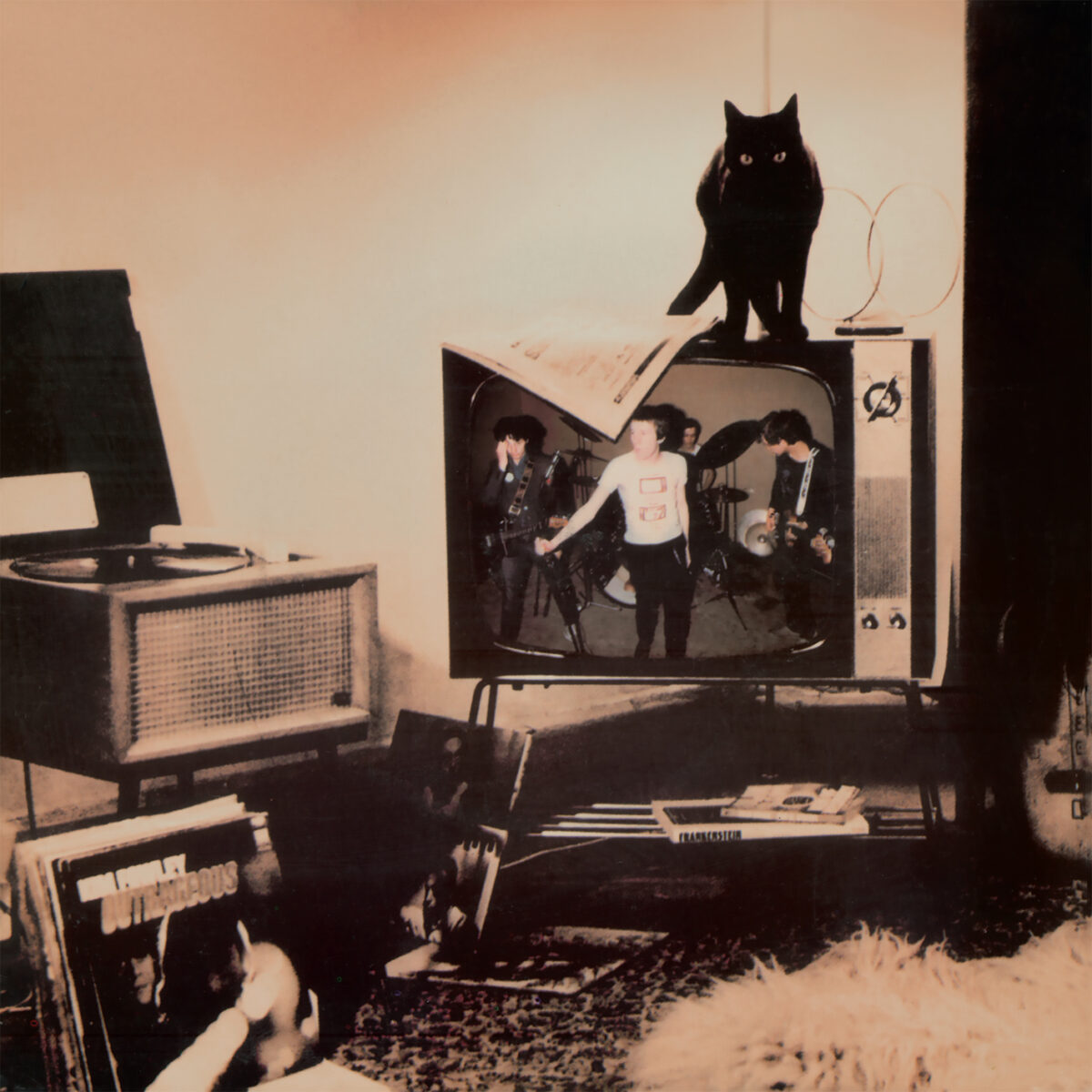 Reissue mania! Although the OG is not really pricey, this reissue is a good one! Munster Records (Spain) is doing the 1977 debut single of this first wave UK punk band, with most prominent members Mark Perry (Sniffin’ Glue Fanzine) and Alex Fergusson (later Psychic TV). Early rehearsals took place at Throbbing Gristle’s studio with Genesis P-Orridge on drums.

The line-up of the band during the recording of this single was completed with drummer John Towe (ex-Generation X) and Tyrone Thomas on bass, sporting a straight forwardy punk sound that eventually would evolve into a more experimental direction in the following years. ‘How Much Longer’ is a sharp critique of punk style: “How much longer will people wear / Nazi armbands and dye their hair? / Talk about anarchy, fascism and boredom / When you don’t know nothing”, that anticipated their own boredom towards the punk scene.

CHUBBY AND THE GANG have a new single out on the independent label called PARTISAN RECORDS from USA, the full lenght will be out on the same label later this year on August 27. So far so good. I ordered three copies and it set me back 16.31 Euros per copy, with all shipping and taxes and custom fees.

END_OF_DOCUMENT_TOKEN_TO_BE_REPLACED

You cannot dance to this, you cannot pronounce the bandname, you dont know what the feck the album title means and the song titles are funny too…. yes, we are diving into fake punk / art punk. FEEL IT RECORDS from USA is releasing the LP of QLOWSKI called QUALE FUTURO?, along with MAPLE DEATH RECORDS from the EX-EU country UK. Maybe I am too old for this or I am not educated enough, but listen for yourselves:

END_OF_DOCUMENT_TOKEN_TO_BE_REPLACED

GENUINE PARTS from Oakland, California, need a drummer, must love rock n roll and NWOBHM. If you do not know what that is you are dismissed.

You can reach them via Instagram or Bandcamp, where you can, who would have thought of that, also listen to their music.

This Japan-based 60s garage rock / psych band has done a lot of albums in the past, too many to mention here, but the next one might be their best one: it is called INSTRUMENTALS II. Yeah ok, i missed the first one, but well, here is their second installment of instros, and if you think this is just some boring covers album, no sir, all ten cuts are originals! Surf / Western / 50s rockers, you name it, they deliver.

END_OF_DOCUMENT_TOKEN_TO_BE_REPLACED

Category: Ex-Fat Wreck Band with the most ugly record covers is: BRACKET. Yeah, this is not an easy one, but the trophy goes to this group of grown up men from California, USA. They have never been famous for good cover designs, with the exception of their two albums BEFORE they signed with Fat Wreck, namely “Forestville” and “4-Wheel-Vibe” (CLASSIC albums if you ask me…), the Fat era album covers were so-so, but what happened since their “comeback” in 2014 is just one eyesore after the other. Just when you thought it could not get worse, after last years “Best of Würst” LP/CD which looked more like some demo CD cover of a mid 90ties ska-punk school band, here is the new one…

END_OF_DOCUMENT_TOKEN_TO_BE_REPLACED

Be honest: did you miss Bancroft Records? Not really? Of course there were other premier garage punk labels with outstanding releases. Bachelor Records comes to me mind… i dunno why… well. Bancroft started in the early 00 years and did classics like BLACK TIME, REAL LOSERS and CATHOLIC BOYS, but they lost their fun in releasing records in 2009. God knows why, but they are revitalizing the label with two releases we are really looking forward to!

END_OF_DOCUMENT_TOKEN_TO_BE_REPLACED

Glam Pop or Glitter Punk, I dunno, but what I know is that this JOSEPHINE & HERSHGUY album that DIG! Records just put out is a instant classic. It is so good that only four tracks that are available for streaming on their bandcamp site are reason enough to buy this album.

And while at it, be sure to pick up the latest repress of THE WHIFFS – Another Whiff LP, this time on cream colored vinyl.

THE WHIFFS – Another Whiff LP

It may be a bit early, but here is a serious contender for the 2021 album of the year award. THE SUEVES – Tears of Joy LP was just released on Magicatalog, only 300 copies, handmade silkscreen sleeves by Schorgl himself.

Head over to their bandcamp site to listen to this in its entirety:
https://thesueves666.bandcamp.com/

This US reissue label is on again! The second batch of releases that are out in the next days consists of two singles and, for the first time on Reminder Records, an full lenght, the complete recordings of David Burnett and Lee Cuttelle. Australian songwriting duo responsible for some of the best and most sought after punk and powerpop singles of the era. DAVE & LEE – Singles Collection LP will also have lots of rare photos and extensive liner nots, packaged in a deluxe gatefold sleeve. The other two releases are singles a reissue of the lone single of LAZY, a short lived DC powerpop / party band, originally released in 1980, and THE DAZE – I wanna be a star 7″ reissue, originally out in 1979. If you see an OG out in the wilderness, there are chances that there is a 500 Euro price tag on it….